Numerous ADMIXTURE runs have been completed by the Dodecad Ancestry Project since its' inception approximately two years ago. The status of certain components remained tenuous despite subsequent runs, whilst others provided fairly stable values for the bulk of the project's participants.

With the completion of the latest K10a run, I have composed a series of geographically accurate frequency maps with the intention of effectively presenting the trends that can be seen through the raw data.

Data; values from over 130 groups obtained through the Dodecad K10a Spreadsheet. Only groups with at least 5 participants considered. Composites of populations were taken where appropriate and denoted with _cmp. Labels shown otherwise identical to source. The O_Italian_D group was excluded because no information on their origins were found online.

Mapping; Dodecad participant populations allocated to national capitals. Exact location of reference populations obtained where possible (see Citations) however some allowances were made regarding those accompanied by scant information. Refer to the Data Sink for the population list, coordinates and commentary made during mapping process. No numerical data, aside from those shown for certain populations, was shown to minimise clutter and to remain faithful to the intention of this entry.

Population depiction; I deemed it necessary to separately consider the genetic structure of Jewish, Indian and expatriate/New World populations and exclude them from the rest of Europe, Asia or Africa. Including Jewish minorities with their gentile compatriots would render the maps uninformative. The complexity of India's demographics, particularly because of the caste system, makes frequency maps an improper choice for revealing inter-group genetic differences. 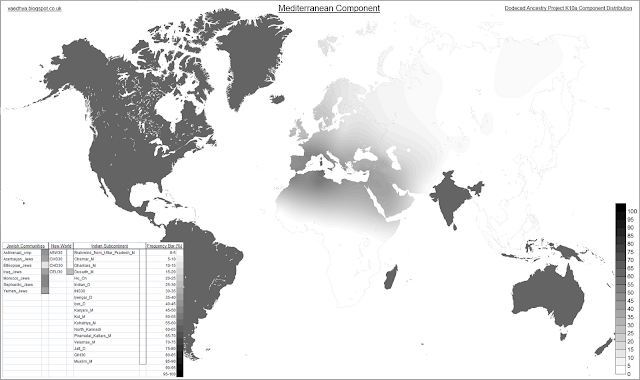 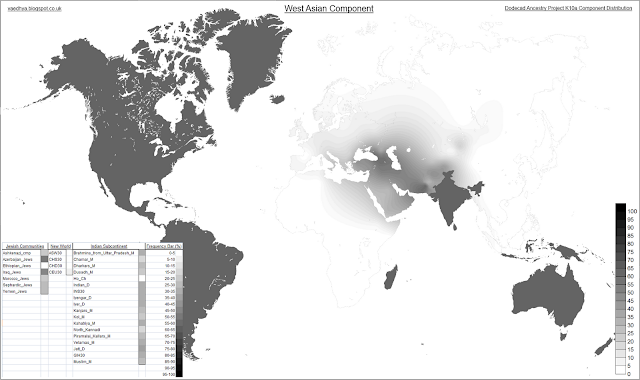 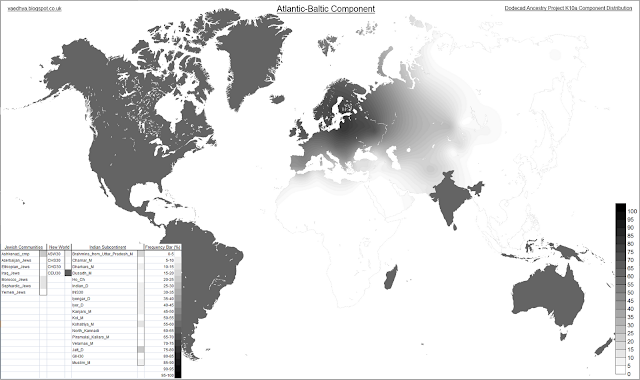 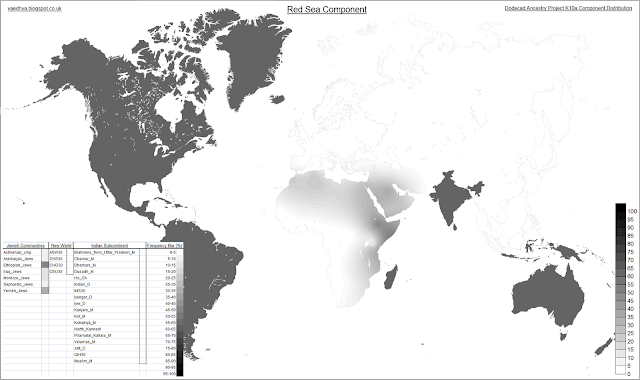 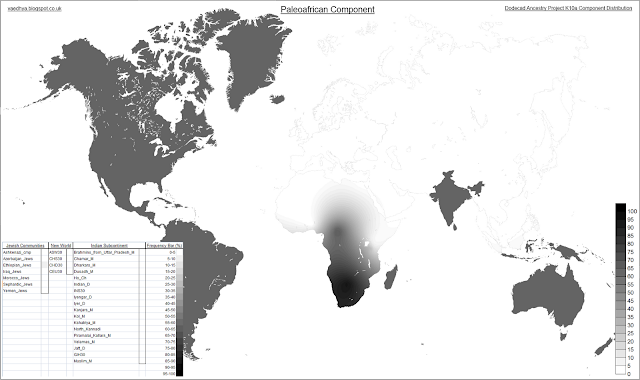 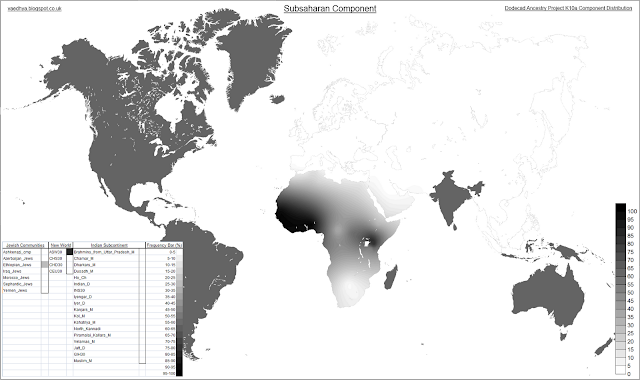 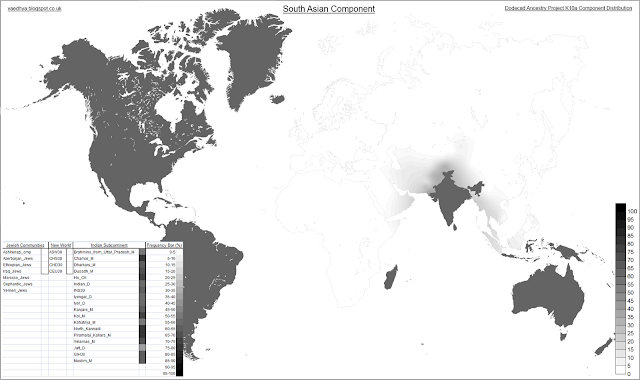 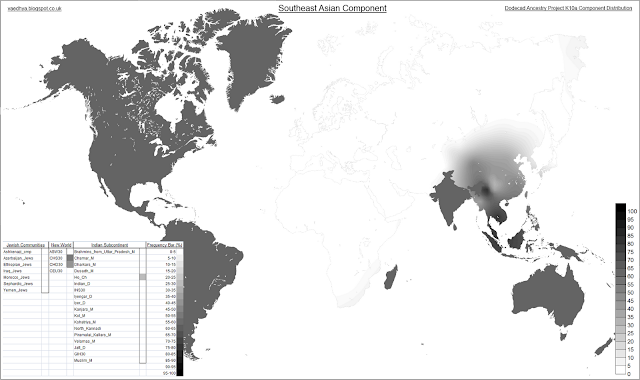 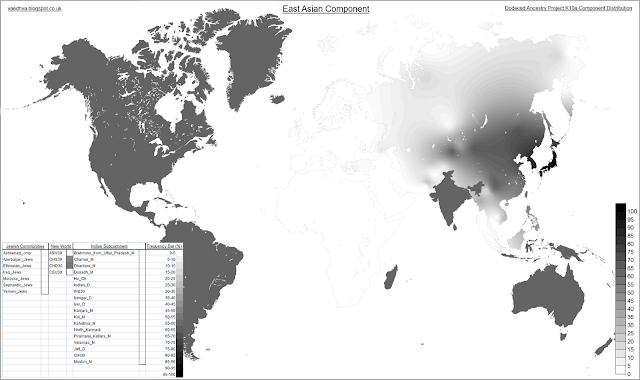 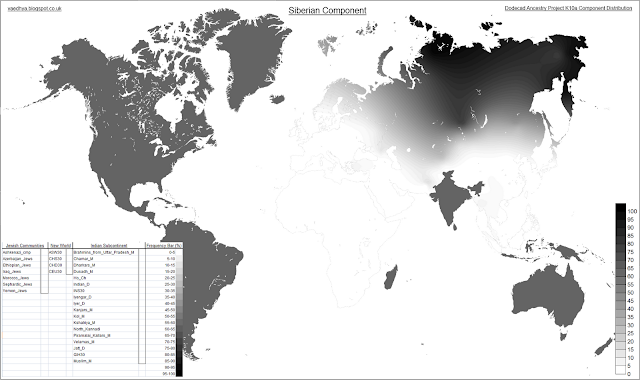 The raw values used in this investigation are attributed to Dienekes Pontikos, author of the Dodecad Ancestry Project. 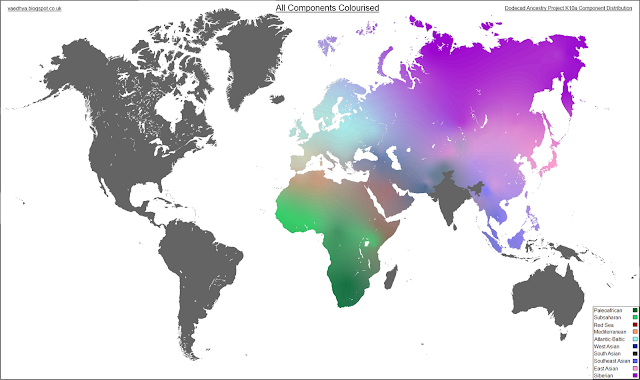